In the last 20 years the progress of the technology and of the communications has surpassed all the innovations we had during the previous century! Our technological society has literally took off, and now we are flying! Some nation is leading and some other nation is following but all the human race is pretty much on the same fast track! Internet is now a reality almost everywhere in the world and the mean of transportation are getting cheaper! And as a consequence he entire planet is getting smaller and smaller. Is true that under a political point of view, the different cultures that populate our planet are still far from getting along, but under a businesslike point of view the world is like a global village! In fact not only the large corporations, but also many small e-commerce business work more and more in a transnational environment. Now that most market are open the most competitive resources are available worldwide and the talent, the creativity and the attitude to solve problems efficiently are important more than ever. The ones who run the game are the ones who can see the many opportunities that have been created by the differences. Differences in the markets, in the cultures, in the needs and in the openness to new ventures. Economists understand this concept of the differences as a source of gain very well. But the advantages I was talking about are not to intend only under a financial point of view. The truth is that we can reach tremendous  growth by being able to go over the borderlines of our own country of origin and explore the world, both literally and virtually. Let’s face it: not deal with the fact that we are a global village should be very costly. Cultural and legal differences can be a problem but the biggest barrier to international interaction is the language. And beside is not even possible to attempt to overcome the political and cultural barriers if we don’t master the communication in the foreign language. 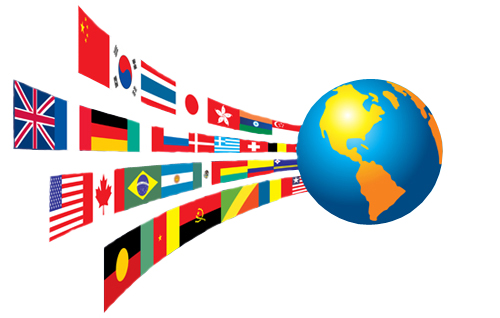 Learning at least a foreign language today is a must. It can open every sort of doors at a professional level, but can also making traveling abroad a more fun experience and even enriching spiritually. The problem with learning a foreign language is that the learning process needs to be one of a high quality. In fact when someone has only a partial of mediocre knowledge of a language their opportunities are usually very limited. In other words, not mastering a language can bring a few advantages but will not open the doors of many professional fields where excellent communication skills in a foreign language are a must. Let’s look at an example: imagine you have to meet with someone to sign a contract, and the person who is supposed to close the deal  speak to you in broken English. You will not probably trust that person too much right? It is true that you can hire an interpreter for the job. But to schedule every meeting and call in advance to make sure your interpreter is there can be not only costly but also impractical. It is also true that your professional achievements shine behind your not so perfect syntax and pronunciation but you can loose important details of the conversation that can land you a better deal. 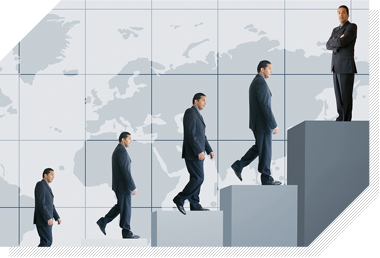 The majority of the students who begin to study a foreign language learn the basics, usually not very well, and then stop at some point where they can only use simple sentences in a very plain communication. They cannot use the verbs and the grammar properly, they feel insecure in having a conversation with a native speaker and they definitely are not fluent. What many foreign languages students realize is that there is a sort of wall at some point down the road to fluency.  And the student is stuck right there, in the realm of the intermediate. Many support the theory that only by living in the country of the target language is possible to break those barriers and get to native fluency. Obviously a full immersion in the language is always extremely beneficial but is not the only way to get there. In fact to learn to write without grammar mistakes and to talk with no awkward pronunciation without have to live abroad. Mastering the target language should be the goal of pretty much all people who want to use their skill, and to be able to put together a few sentences in a broken language is totally useless in most fields. You want to learn in a few years and be able to use your skill in a professional way. But how to get there without to move abroad? The trick is to get good enough to understand the meaning of the conversations or of a writing and then search material that interests us and that is in the target language. The possibilities to use Youtube in this way are endless. There are dozens of foreign movies on Netflix and Youtube. Netflix offers also the opportunity to have subtitles. Search a book that you will really enjoy to read and then go on Amazon and try to find you in the foreign language you want to improve.  Interact with native speakers should also be at the top of your priorities. It is fun, is easy and you can make friends worldwide! www.expat.com is a very good website to find chats and forums with foreign citizens. Also a good source is Facebook where you can find pages dedicated to foreign languages where passionate from all around the globe meet and discuss! At some point, when and if you feel comfortable you can even begin to skype and hold regularly conversation in a foreign languages. On expat and other forums you can find easily people who would be happy to teach you their language if you teach them English in exchange. Who knows? Maybe you can became great friends and after you trust each others even exchange houses for your vacations! The most costly alternative for the most lazy or busy is to opt for advanced classes in a language school (they do not offer advanced language classes in most colleges). Make sure the class is about a topic that interest you or it may became challenging to follow. History, Art, Literature, Movie Appreciation or just Conversation should be your target classes. 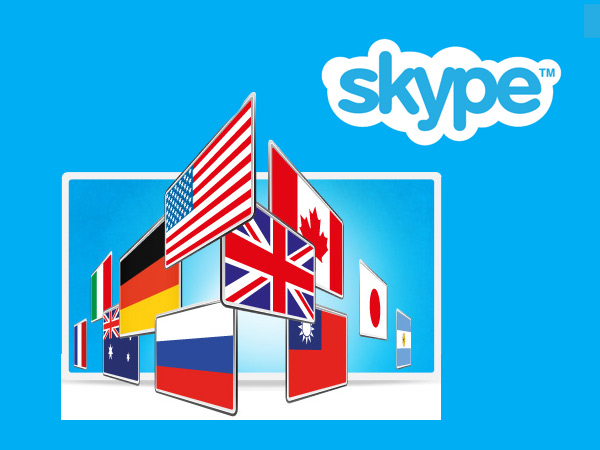 The possibilities for any bilingual are endless and in our uncertain economy to be able to translate, teach or interpret in a foreign language can became a second source of income. Without to mention the advantages for who works in the travel or touristic industry such as hostesses, stewards, hotel concierges and so on. Our society is getting multicultural and especially during the course of the next few decades, to be able to show proficiency on other languages may land us the best contracts, deals and closings. What about using your e-commerce business to sell abroad? You can sure use a professional translator to assist you with your written correspondence but what about dealing with foreign callers? Are you ready to hire someone to deal with that? And even if you do, you will always feel “cut off” and we all know that a good businessman keeps always an attentive eye on his business. For example, if you are planning to start selling in Spanish speaking countries, or import food from Italy or wine from France you probably need to understand the language yourself. And also mastering it at some point.

A good start is the best way to succeed. Like in every kind of studies having a good basic understanding of the grammar and syntax make all the learning experience more productive. The study of a foreign language is very similar to the study of Mathematics because every topics builds on the previous one. In fact to learn grammatical foreign languages structures correctly is key. 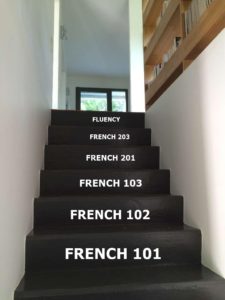 Grammar should be studied during the first two or three courses. In fact is not possible to proceed to learn more sophisticate topics if one is not able to conjugate correctly the verbs or use the right article and prepositions in a sentence. A right amount of time should also be devoted to learning a quite large vocabulary and to practice the pronunciation. The Fluency classes should be creative and engaging in order to keep the attention of the student. This moment in the learning of a foreign language is critical, in fact the majority of students (including college students) stop here and with time, they forget everything they have ever learned. 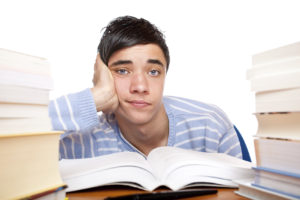 The best way to not waste time and money in learning a foreign language without quite never get to the point of being fluent, is to chose the language school carefully. Some schools are only interested in making money; nothing wrong with that but it should not be the primary purpose. For a good language school to deliver a high quality service and have a good reputation should be paramount.

27 Replies to “Why learning a foreign language?”